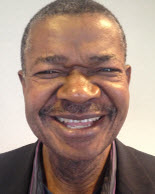 I was raised in Angola. In 1971 I finished secondary school, received a certificate in general pedagogy, and started working as a teacher. Later, I was appointed deputy director of the same school.

In 1978 Science and Health with Key to the Scriptures by Mary Baker Eddy found me at the school where I worked. A practitioner had sent his daughter to sell this book, but I didn’t buy it. The word “Science” was an enigma to me. In my view, science questioned religion. The second time I came across it, I bought it, but did not open it for five years. Nevertheless, the impersonal pastor--the Bible and Science and Health--was always waiting for me, and today I am serving the cause of Christian Science.

Returning to Angola, in 1987, I found two groups of Christian Scientists in Luanda, but both held services in French. Therefore, in January 1988, I started a group for Portuguese-speaking Christian Scientists, Angola’s official language. My desire was to introduce this healing truth to all corners of Angola, to lift the lives of people who suffered so much and replace hatred with love. To dedicate myself full-time to the healing practice and teaching of Christian Science, I took Primary class in 1988 and Normal class in 2012.