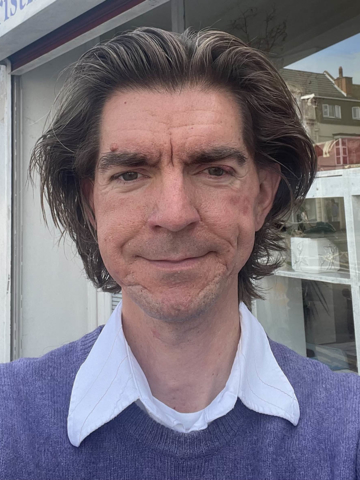 Growing up in London, I attended Sunday School at First Church of Christ, Scientist, Hendon and I joined The Mother Church as a teenager. After graduating from Cambridge University with a degree in engineering, I pursued a career as a pianist and songwriter. I also tutored in mathematics and taught English as a foreign language.

While I'd always believed that Christian Science was true, I had sometimes doubted my ability to demonstrate it in practical ways. However, when challenges arose that defied conventional approaches, I realised that Christian Science was the only religion, theology or science that occupies the standpoint of no unsolvable problems. I returned to the study of Christian Science with a renewed determination to find answers; and answers gratefully came. Moments of inspiration and protection, growth in character and physical healings were evidence that I was getting to know God better.

In 2003 I attended Primary class in London, became a branch church member, and began taking practice cases. In 2006 I moved south to Bournemouth and in 2010 I became listed in The Christian Science Journal as a practitioner.

To make my practice more accessible to the public I opened an office on the high street in 2013. Since then I have taught Sunday School online for The Mother Church, served as Committee on Publication for South West England, and I currently serve Bournemouth Church as First Reader.

In 2018 I attended the Normal class and qualified as a teacher of Christian Science.