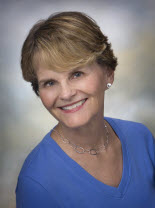 I grew up near Boston with parents who loved and lived Christian Science.  But it wasn’t until I struck out on my own and worked overseas that I realized Mrs. Eddy’s revelation was for me too.  On returning home, I joined a branch church and took Primary class instruction.

Seeking employment I could “believe in,” I began a fulfilling career at The Mother Church, where my jobs ranged from secretary to the Board of Directors to producer of The Herald of Christian Science shortwave program.  Working at headquarters further strengthened my love for Church.

Marriage moved me to Richmond, VA, where working for the Committee on Publication helped me learn to communicate the truths of Christian Science to those of other faiths.  On the home front, I took on step-parenting, which spurred my growth in grace and resulted in sweet and solid relationships.  A quick release through prayer from grief over my husband’s passing, as well as healing work for others, was pivotal in my becoming a Journal-listed practitioner in 1992.

Eventually I moved to the Miami area, where I began writing for our periodicals and was privileged to serve on the Board of Lectureship.  Teaching Christian Science was something I’d thought out of reach.  But wanting to show God my willingness, I applied to the 2009 Normal class and was accepted.

I enjoy learning about other cultures and people through occasional travel.  But I find nothing compares with discovering, through healing and teaching, the treasures of Christian Science.