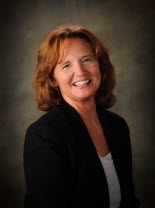 Although I was reared in Christian Science, I really didn’t understand its teachings until after I was married. One of my first misconceptions was that I could solve problems by my own supreme human effort. However, by turning to God alone and denying human will, my daughter was healed of severe intestinal problems, I was healed of wrong character traits, and I became a more content and honest person. I discovered this: no one can control you with human will nor can you control others unless you both agree to be controlled. Divine Mind alone governs each individual. When I understood this, it freed me from being manipulated by emotions and wrong influences. Physical healings resulted from this. I went into the public practice of Christian Science in 1981 to share this freedom with others.

When my two older children were in college, my husband and I adopted a fourteen-year-old daughter from Ukraine. When she got married, she was unable to care for her baby, so we adopted him! We now have a young son at home.

I have spent many years wanting to teach others how to turn to God; this led to Normal class in 2009.