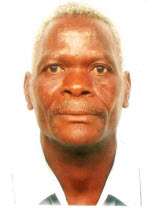 I attended a commercial secondary school (1961-1968) and studied economics at a university (1969-1973). After this education, I taught mathematics for two years before being employed by a well-respected American commercial bank in Kinshasa for fourteen years.

In 1970, a friend of mine from the university gave me the textbook Science and Health with Key to the Scriptures by Mary Baker Eddy. It was my first time to read this wonderful book. I quickly accepted the ideas developed in it, and have joined the Christian Scientists’ group in Kinshasa. In 1974, I applied for membership in The Mother Church and was accepted. In 1978, I took class instruction in Paris.