How Do You See the World? experience

Limited hours for public visitors due to special event

Finding signs of progress in the news can often seem difficult. But when we look for it, our world is full of examples of hope, resilience, joy, gratitude, compassion, generosity, courage, and forgiveness.

A montage of photos—a global portrait of faces from the pages of The Christian Science Monitor TM—welcomes you to a new experience at the Christian Science Plaza. “How Do You See the World?” offers stories and experiences that explore progress and possibilities throughout the world as you consider your own place in it.

Three different exhibits connect you to positive change flowing out of the inspired actions of everyday people in countries and cultures globally.

The three-story Mapparium globe—one of Boston's most well known landmarks—shows the world at one moment in time—1935. A short narration lets you consider the world before World War II from an entirely different perspective—from the inside of the world looking out. (Will require a timed ticket and paid admission – adults $6, youth 0-17 free)

Leaving this magnificent space, you encounter “Our World: Mapping Progress,” an exhibit which highlights humanity’s advancement since 1935 and inspires hope for the future. “Points of Progress” invites you to explore a rolling record of significant events in human rights, scientific breakthroughs, exploration, and other fields through the post-war decades.

For profiles of the people around the world making a difference in their communities, eight sets of interactive stories come from the pages of The Christian Science Monitor, a Pulitzer Prize-winning, international newspaper headquartered here and publishing daily and weekly editions since 1908. The Monitor was founded by Mary Baker Eddy with the object to “injure no man, but to bless all mankind.” 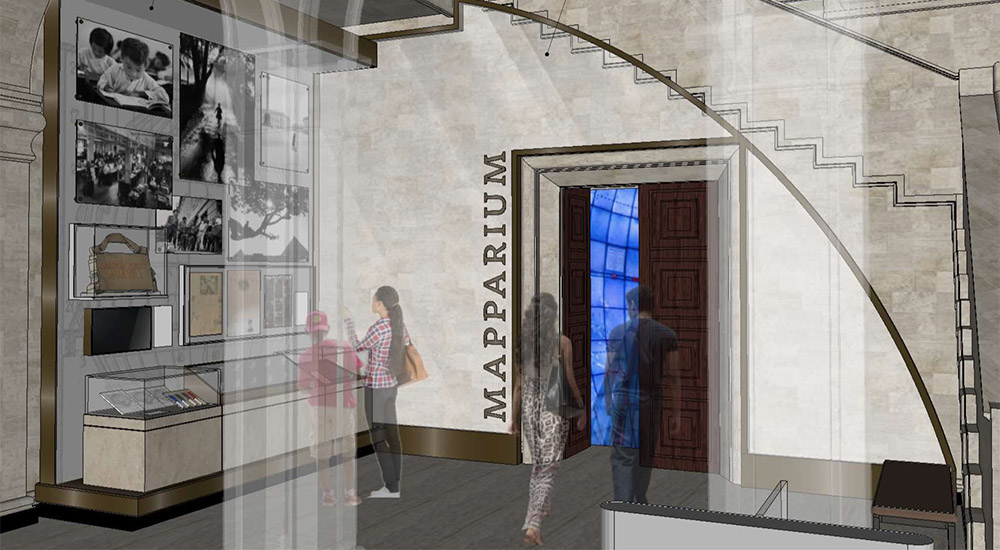 More about the Mapparium Experience

A remarkable architectural statement filled with extraordinary colors and light, the world depicted in this stained glass globe stands unchanged since its completion in 1935. Although architect Chester Lindsay Churchill had intended for the Mapparium globe to be updated as borders shifted, it remains a time capsule of a world that has undergone immense changes since then.

A 10-minute audio narration explores the turbulent times the Mapparium globe was built in as well as the ongoing need for progress and our role in it. You’ll hear excerpts from US president Franklin D Roosevelt, British primatologist Jane Goodall, Kenyan Nobel Laureate Wangari Maathai, and other global thinkers.

And while you’re there, enjoy the sound effects of this “whispering gallery,” where what you whisper on one side of the world can be heard on the other.

How can we reliably apply the ideas in the Bible to our lives today? What truths in its pages hold implications for how we each see the world and one another?

Mary Baker Eddy (1821-1910) sought answers to these questions. Out of her lifelong love and engagement with the Bible came her discovery and founding of Christian Science and its global church.

In this space, you can watch a ten-minute, biographical film of Mary Baker Eddy’s life that examines her understanding of the inseparable relationship between true science and true Christianity. Interactive electronic books as well as historical artifacts highlight Biblical themes central to the practice of Christian Science. A selection of short conversations capture Christian Scientists wrestling with timeless questions, including: What does it mean to be a good neighbor? How can you remain hopeful in a challenging world? What can you overcome?

For a deeper dive on the practical impact of prayer, examples of some of the tens of thousands of first-person, documented accounts of healing published by The Christian Science Publishing Society are available to read in multiple languages. 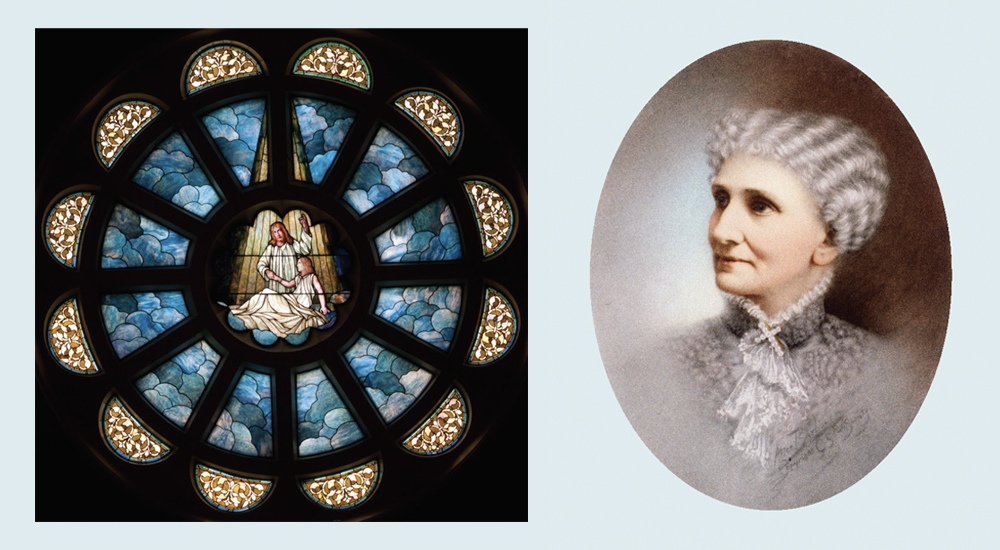 Since its opening in 2002, the Library has offered a place to explore the life, ideas, and achievements of Mary Baker Eddy—a pioneer in religion whose work touched the fields of education, publishing, and business. The Library houses a vast collection of original materials that document her life and the church she founded. Samples of the collections are available to explore in a virtual exhibit on the first floor. 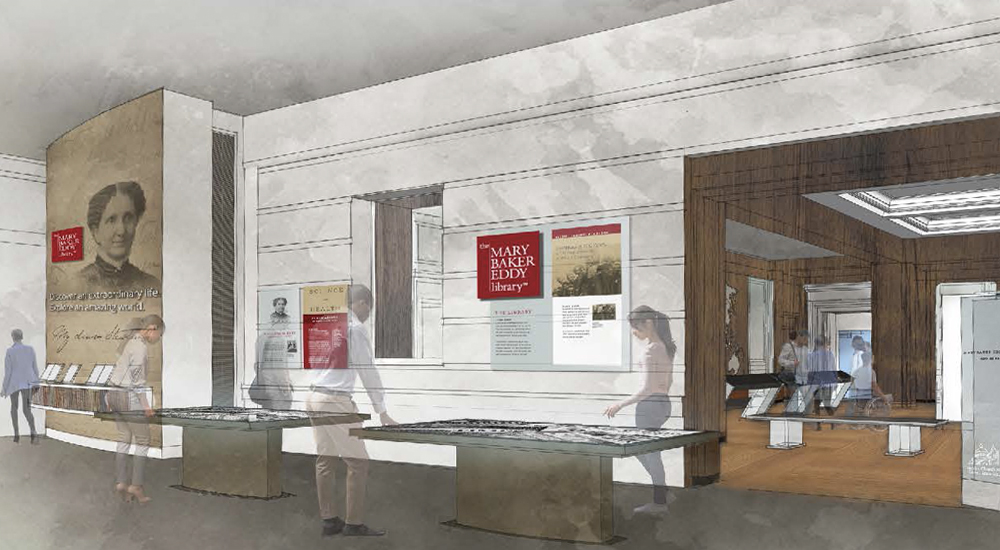