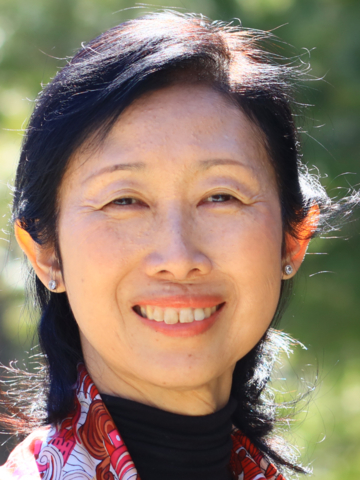 I was born in Tokyo, but before starting to speak Japanese fluently, at age two my family moved to Mumbai, India. I consider my four years in India to be my most formative years. In Japan, I attended a Christian school through high school.  In senior year, I was introduced to non-medical healing practice using “chi” - Life force. But seeking what Christ Jesus taught and how he healed became a recurring quest.

While raising children in the U.S., I was introduced to Christian Science when I became ill. Around that time, I began to attend a church where the Holy Bible and Science and Health with Key to the Scriptures by Mary Baker Eddy were read by two lay-people. I love the idea of having an impersonal preacher and direct communication with the divine.  After attending, I found I was healed of the symptoms I had.

Each time I witnessed healing through prayer among my family and neighbors, I promised I would make this Science my lifetime pursuit to help others. I was fascinated by the universal healing ideas this Science teaches. I wanted to speak this language- the language of infinite and impartial Love. In 1997, I began to work as a full-time Christian Science practitioner. By 2003, my desire to contribute more in Asia grew stronger, and I applied for and was accepted in Normal class - a class to become a teacher of Christian Science.