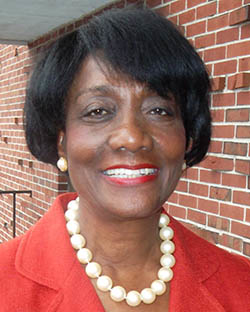 When I was a young teenager attending a Baptist Sunday school and church with my family, I was given some Christian Science periodicals. I was intrigued by the way God was defined as Love. I accepted the concept without question as God’s message to me. I felt God leading my life in a new direction. While in college, I continued to read the Christian Science periodicals I found on a relative’s living room table and at a laundromat.

A student of Christian Science introduced me to church services. And, after attending one year I became an active member of a branch church and later The Mother Church. In 1968 I was in the first Primary class of a teacher who distributed literature at local laundromats. Shortly after I had taken Christian Science class instruction, my love and compassion for others led me into the public practice of Christian Science.

For over twenty years I was employed at The Christian Science Church Center in Boston. Also I have a Master’s of Education degree.

My desire to help others find peace and fulfillment in their lives through prayer, based on the scientific laws of God, led me to Normal class in 2012.