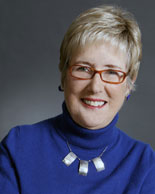 In my twenties, religion seemed outdated, irrelevant, boring. It was the ‘60s – the era of recreational drugs, the war in Vietnam, and the ‘sexual revolution.’

After attending graduate school in New York, I pursued a career on Madison Avenue in advertising and marketing. My income was considerable. Travel was extensive for business and pleasure. A vacation home fulfilled an architectural dream. Later I moved cross-country to produce television shows in Hollywood. A renewed interest in marketing involved consumer product development for some major brands.

Despite all the material success, however, I felt spiritually bankrupt. One day it dawned on me what I really craved: spirituality! I started digging into the Bible and Science and Health. By the early ‘80s, I had made a major switch to spiritual development! Alcohol and drugs lost their appeal. Recommitted to Christian Science, I joined a branch church, and took Primary class instruction. And, my desire increased for wanting everyone to know there is always a spiritual solution to life’s problems. I was on fire!

As a chaplain in the Los Angeles County adult jails and juvenile probation camps, I was exposed to those of diverse religious backgrounds. Serving as a Regional Assistant for College and University Organizations; as Senior Manager in The Writings of Mary Baker Eddy; and contributing editor for the Christian Science periodicals allowed me to fine-tune my understanding of spiritual, scientific healing. And, I’m still on fire!

Journal-listed as a practitioner in 1992, I became a Christian Science teacher in 2000.