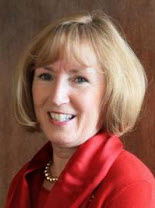 I attended Christian Science Sunday School as a child, but my dad insisted that his daughters receive medical treatment. When I was 16 years old, after years of unsuccessful medical care, I had a startling and permanent healing of ear infections through Christian Science. God became my only physician. At age 19, I took a definitive stand for Christian Science and supported my mom’s reliance on it during a critical illness. When it appeared that she was dying, and that Christian Science could not save her, I discovered God as my tender Mother-Love, and committed myself to Christian Science, no matter the outcome. I put God first, and my mom had a radical healing.

Nine years later, I was quickly healed of the anticipated fatal effects of an automobile accident through complete reliance on Christian Science. The conviction in God’s healing power that was expressed by both the practitioner and the Christian Science nurses on my case stirred a desire in me to heal and bless as they had. So, eventually, I left my career as a retail executive for the fulltime practice, and was Journal-listed in 1998.

An ever-deepening devotion to God led me to take Normal class in 2003. In 2006, I was appointed a trustee of the Christian Science Publishing Society and served until 2014. I reside in a suburb of Washington D.C.

I enjoy following world affairs, music, and the arts.