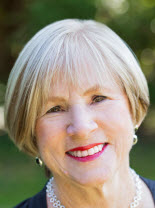 I am happy to have been raised in a Christian Science Sunday School, where I learned my relationship to God, our Father-Mother, was most important. I joined The Mother Church while a teenager and married at 19. Afterwards, my husband refused Christian Science in the home. Nine years later, I was faced with a frightening diagnosis but was healed overnight with the help of my mother’s prayerful support. From that time, I chose Christian Science, and it became important to me that the children be raised in Christian Science.

After a divorce, many challenges were faced: financial, emotional, being a single mom, and having to meet all the children’s needs. Every challenge was met through patient and persistent prayer. I learned, as Mary Baker Eddy says, “Truth is always the victor.” (Science and Health, page 380). Our family progressed together in our understanding of Christian Science -- the law of unselfish and unconditional Love.

After class instruction, I began sharing with others what I had been taught. I remarried, had two more children, and eventually became a stay-at-home mom while taking part-time jobs to help support the family, including working for a Christian Science practitioner – transcribing and typing articles and association addresses, helping wherever I could. I was privileged to serve as secretary for my Association for about 15 years until becoming a Journal-listed practitioner in 2008. In 2010, I was appointed Committee on Publication for Maryland. I was a member of the 2015 Normal Class, which, to me, is the mountain top – sharing with the world what I love.