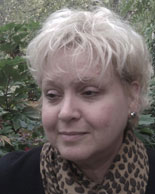 I grew up on a horse farm in northeast Kansas. Many generations of my family have relied on Christian Science for literally everything. We’ve seen healings of broken bones, severe bleeding during pregnancy, concussion, diabetes, car accidents, job loss, severe skin conditions, blindness, financial difficulties, and, as you might expect, many, many animal healings.

During our college years, my husband and I met working as swimming instructors at a camp for Christian Scientists. After graduation and marriage, we eventually moved to the Dallas, Texas, area where I started in the healing practice of Christian Science, becoming Journal-listed in 1989. While studying the Church Manual by Mary Baker Eddy, I was struck by the bylaw, “The prayers in Christian Science churches shall be offered for the congregations collectively and exclusively.”  (See Church Manual, p. 42.) I decided to work at this prayerfully, applying the readings and prayers during services to the congregation as a whole, making notes in my Quarterly. A few months later I began to get calls asking, at first, how I would pray about a specific problem if I had it to work out. Soon the calls evolved to become actual requests for prayerful help.

My husband’s career moved us to Louisville, Kentucky, where our two daughters were raised. In 1994 I went through Normal class. Each year I’m amazed anew at the order and thoroughness of those 24 questions in “Recapitulation” in our textbook. I teach class and hold Association annually in Louisville, Kentucky.