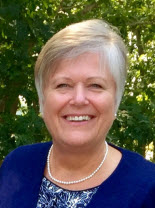 The value of Christian Science, not just as a system of healing but as a way of life, became clear to me while attending Sunday School in Patchogue, Long Island, New York. I learned at an early age that God is ever-present, omnipotent Love, and that man is God’s reflection and expression. This was a saving grace! As I became aware that not everyone knew or understood that divine reality and its application, I realized that I wanted to spend the rest of my life studying, applying, demonstrating, and sharing the gospel, or the good news of Christian Science.

Consequently, as the only Christian Scientist in a high school with 2,000 students, I had several opportunities to speak with sociology and comparative religion classes. Then, similar opportunities were presented in college. This is where my work in the public practice of healing began. After college, I trained and served as a Christian Science nurse for 10 years, before becoming a Journal-listed practitioner in 1981and a teacher of Christian Science in 1985.

Since then, I have served on the Board of Lectureship, as Second Reader at The Mother Church, as Vice President of the Board of Education, have written for the periodicals of the Christian Science Publishing Society, and have been interviewed for the Sentinel Radio Program and on an audio chat for spirituality.com.

Christian Science healing has been the source of enormous guidance, comfort and healing as my husband and I raised two sons, now grown. I am continually grateful for this practical Science, and one of my greatest joys is to teach it to others!