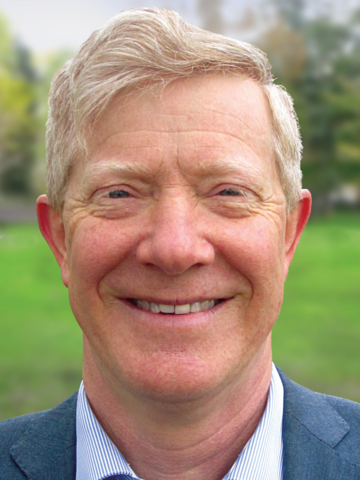 Lyle Young learned of Christian Science when he was a university student through an on-campus organisation of Christian Science. Knowing the world needed healing, wanting to be part of the solutions to the world’s problems, and feeling that Christian Science provided the spiritual tools to pray effectively and find answers, Lyle began taking one newspaper each week to pray about the issues described in all the articles. Very quickly, he knew that doing this only once a week wasn’t enough! He began reserving first two and then three nights a week to pray for others and the world. And eventually, he left his university programme to devote himself full time to helping others through prayer as a Christian Science practitioner.

It’s a deep and broad love that motivates Lyle: a love of God, of the ideas in the Bible and in the published writings of Mary Baker Eddy, and of all humanity. That love and affection for humanity expresses itself in a keen interest in cultures, languages, history, the arts, and sports. Lyle runs and swims regularly and is a four-season cyclist. The latter also relates to his support of environmentalism.

Lyle lives in Ottawa, Ontario, Canada. Having served as Secretary-Treasurer of the Ontario Multifaith Council on Spiritual and Religious Care for five years, he feels at ease with those of a wide variety of faith expressions, both Christian and other than Christian.

Lyle is available to lecture in English, French, Spanish, Portuguese, and Dutch.

Christian Science — a clearer view of you

Who are we, really?  You and I, and all humanity?  The health, harmony, and joy we experience in life depends on our answer to this question.

Mary Baker Eddy, who founded the Christian Science church, had a profound insight into the nature of God as infinite Love.  She perceived that God is the only substance, intelligence and Life of the universe, without the opposition typically ascribed to darkness or evil.  Moreover, Eddy realized that this was the basis of Jesus’ healing works.

This is revolutionary.  Eddy didn’t say that conflict, struggle, and disease exist as unavoidable realities, then in addition there’s also God’s love.  Rather, she saw infinite Love, and genuine creation as the perfect spiritual expression of this Love, instead of the imperfect, material existence we typically assume unavoidably defines us.  To Eddy, infinite Love, being infinite, simply excludes the possibility of anything else.

Such an unusual theology might have ended as a footnote to history, except that Eddy and her students boldly used it to reinvigorate Christianity and its lost element of healing.  Since then, some 65,000 accounts of healing have been verified and published — healings of everything from cancer to AIDS to blindness, from drug addiction to broken bones.

Here’s one example. Decades ago, a friend of mine was diagnosed as having several tumors in her abdomen. Though the doctors didn’t think she could live much longer, they recommended an operation to determine the best treatment.

Meanwhile, my friend was praying with a Christian Science practitioner.  She was understanding herself not as wholly or partly material — dependent on her genes or her childhood, or on surgery or chemotherapy — but as purely spiritual, part of the perfect spiritual creation mentioned above.

At her husband’s urging, my friend underwent the exploratory operation. But this time the doctor didn’t find one single tumor. In fact he said to her later that she was “clean as a baby.”

To the degree that we understand our identity as purely spiritual — knowing that each of us shines, now and eternally, as a unique expression of infinite Love — we experience healing.  The result is wellness, opportunity, spiritual progress, and the highest degree of joy.

Please email BoLpublicity@christianscience.com for more information about using the publicity items below.