Science and Health with Key to the Scriptures 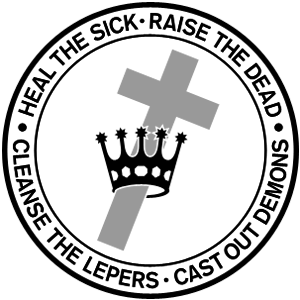 Entered according to Act of Congress, in the year 1875, by Mary Baker Glover In the Office of the Librarian of Congress, at Washington

Printed in the United States of America

iii
Ye shall know the truth, and the truth shall make you free. John viii. 32
There is nothing either good or bad, but thinking makes it so. Shakespeare
Oh! Thou hast heard my prayer; And I am blest! This is Thy high behest: — Thou here, and everywhere. Mary Baker G. Eddy
v
vi

vii:1To those leaning on the sustaining infinite, to-day is big with blessings. The wakeful shepherd beholds 3the first faint morning beams, ere cometh the full radiance of a risen day. So shone the pale star to the prophet-shepherds; yet it traversed the night, and came where, in 6cradled obscurity, lay the Bethlehem babe, the human herald of Christ, Truth, who would make plain to be‐nighted understanding the way of salvation through Christ 9Jesus, till across a night of error should dawn the morn‐ing beams and shine the guiding star of being. The Wise‐men were led to behold and to follow this daystar of 12divine Science, lighting the way to eternal harmony.

The time for thinkers has come. Truth, independent of doctrines and time-honored systems, knocks at the 15portal of humanity. Contentment with the past and the cold conventionality of materialism are crumbling away. Ignorance of God is no longer the stepping-18stone to faith. The only guarantee of obedience is a right apprehension of Him whom to know aright is Life eternal. Though empires fall, “the Lord shall 21reign forever.”

A book introduces new thoughts, but it cannot make them speedily understood. It is the task of the sturdy 24pioneer to hew the tall oak and to cut the rough granite. Future ages must declare what the pioneer has accomplished.

27    Since the author’s discovery of the might of Truth in viii viii:1the treatment of disease as well as of sin, her system has been fully tested and has not been found wanting; but 3to reach the heights of Christian Science, man must live in obedience to its divine Principle. To develop the full might of this Science, the discords of corporeal sense 6must yield to the harmony of spiritual sense, even as the science of music corrects false tones and gives sweet con‐cord to sound.

9    Theology and physics teach that both Spirit and matter are real and good, whereas the fact is that Spirit is good and real, and matter is Spirit’s oppo‐12site. The question, What is Truth, is answered by demonstration, — by healing both disease and sin; and this demonstration shows that Christian healing con‐15fers the most health and makes the best men. On this basis Christian Science will have a fair fight. Sickness has been combated for centuries by doctors using ma‐18terial remedies; but the question arises, Is there less sickness because of these practitioners? A vigorous “No” is the response deducible from two connate 21facts, — the reputed longevity of the Antediluvians, and the rapid multiplication and increased violence of diseases since the flood.

24    In the author’s work, Retrospection and Introspec‐tion, may be found a biographical sketch, narrating experiences which led her, in the year 1866, to the dis‐27covery of the system that she denominated Christian Science. As early as 1862 she began to write down and give to friends the results of her Scriptural study, for 30the Bible was her sole teacher; but these compositions were crude, — the first steps of a child in the newly dis‐covered world of Spirit.

ix:1    She also began to jot down her thoughts on the main subject, but these jottings were only infantile 3lispings of Truth. A child drinks in the outward world through the eyes and rejoices in the draught. He is as sure of the world’s existence as he is of his own; yet 6he cannot describe the world. He finds a few words, and with these he stammeringly attempts to convey his feeling. Later, the tongue voices the more definite 9thought, though still imperfectly.

So was it with the author. As a certain poet says of himself, she “lisped in numbers, for the numbers 12came.” Certain essays written at that early date are still in circulation among her first pupils; but they are feeble attempts to state the Principle and practice of 15Christian healing, and are not complete nor satisfac‐tory expositions of Truth. To-day, though rejoicing in some progress, she still finds herself a willing dis‐18ciple at the heavenly gate, waiting for the Mind of Christ.

Her first pamphlet on Christian Science was copy‐21righted in 1870; but it did not appear in print until 1876, as she had learned that this Science must be demonstrated by healing, before a work on the subject 24could be profitably studied. From 1867 until 1875, copies were, however, in friendly circulation.

Before writing this work, Science and Health, she 27made copious notes of Scriptural exposition, which have never been published. This was during the years 1867 and 1868. These efforts show her comparative 30ignorance of the stupendous Life-problem up to that time, and the degrees by which she came at length to its solution; but she values them as a parent x x:1may treasure the memorials of a child’s growth, and she would not have them changed.

3    The first edition of Science and Health was pub‐lished in 1875. Various books on mental healing have since been issued, most of them incorrect in theory 6and filled with plagiarisms from Science and Health. They regard the human mind as a healing agent, whereas this mind is not a factor in the Principle of 9Christian Science. A few books, however, which are based on this book, are useful.

The author has not compromised conscience to suit 12the general drift of thought, but has bluntly and hon‐estly given the text of Truth. She has made no effort to embellish, elaborate, or treat in full detail so in‐15finite a theme. By thousands of well-authenticated cases of healing, she and her students have proved the worth of her teachings. These cases for the most part 18have been abandoned as hopeless by regular medical attendants. Few invalids will turn to God till all physical supports have failed, because there is so little 21faith in His disposition and power to heal disease.

The divine Principle of healing is proved in the personal experience of any sincere seeker of Truth. Its 24purpose is good, and its practice is safer and more po‐tent than that of any other sanitary method. The un‐biased Christian thought is soonest touched by Truth, 27and convinced of it. Only those quarrel with her method who do not understand her meaning, or dis‐cerning the truth, come not to the light lest their 30works be reproved. No intellectual proficiency is req‐uisite in the learner, but sound morals are most de‐sirable.

xi:1    Many imagine that the phenomena of physical heal‐ing in Christian Science present only a phase of the 3action of the human mind, which action in some unex‐plained way results in the cure of disease. On the con‐trary, Christian Science rationally explains that all 6other pathological methods are the fruits of human faith in matter, — faith in the workings, not of Spirit, but of the fleshly mind which must yield to Science.

9    The physical healing of Christian Science results now, as in Jesus’ time, from the operation of divine Principle, before which sin and disease lose their real‐12ity in human consciousness and disappear as naturally and as necessarily as darkness gives place to light and sin to reformation. Now, as then, these mighty works 15are not supernatural, but supremely natural. They are the sign of Immanuel, or “God with us,” — a divine influence ever present in human consciousness and re‐18peating itself, coming now as was promised aforetime, To preach deliverance to the captives [of sense], And recovering of sight to the blind, 21To set at liberty them that are bruised.

When God called the author to proclaim His Gospel to this age, there came also the charge to plant and 24water His vineyard.

The first school of Christian Science Mind-healing was started by the author with only one student in 27Lynn, Massachusetts, about the year 1867. In 1881, she opened the Massachusetts Metaphysical College in Boston, under the seal of the Commonwealth, a law 30relative to colleges having been passed, which enabled her to get this institution chartered for medical pur‐xiixii:1poses. No charters were granted to Christian Scien‐tists for such institutions after 1883, and up to that 3date, hers was the only College of this character which had been established in the United States, where Christian Science was first introduced.

6    During seven years over four thousand students were taught by the author in this College. Meanwhile she was pastor of the first established Church of 9Christ, Scientist; President of the first Christian Sci‐entist Association, convening monthly; publisher of her own works; and (for a portion of this time) sole 12editor and publisher of the Christian Science Journal, the first periodical issued by Christian Scientists. She closed her College, October 29, 1889, in the height of 15its prosperity with a deep-lying conviction that the next two years of her life should be given to the prep‐aration of the revision of Science and Health, which 18was published in 1891. She retained her charter, and as its President, reopened the College in 1899 as auxil‐iary to her church. Until June 10, 1907, she had never 21read this book throughout consecutively in order to elu‐cidate her idealism.

In the spirit of Christ’s charity, — as one who “hopeth 24all things, endureth all things,” and is joyful to bear consolation to the sorrowing and healing to the sick, — she commits these pages to honest seekers for Truth.