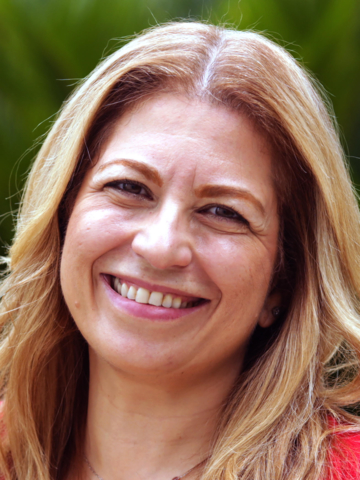 Leide Lessa has been asked by the Christian Science Board of Lectureship to be available this lecture year (July 1, 2019, to June 30, 2020) specifically to give lectures in Spanish and Portuguese in the United States, and in Portuguese in Brazil. (A lecture in English may be scheduled if held in conjunction with one in Spanish or Portuguese).

After living in Vienna, Austria, for three years and studying languages at the University of Vienna and music at the Vienna Music College, Leide Lessa returned to her home country, Brazil, where she attended the University of São Paulo to finish her linguistic and literature studies in German and Spanish. At the same time, she started teaching Portuguese to professional expatriates and their families. Soon after, she began teaching German and Spanish as well, which led her to open her own language institute. She continued to study translation theory at graduate school and was fascinated by the role that intercultural knowledge and background play in the work of a translator.

During the ten years that Leide owned her language institute, she participated in national and international teachers’ conferences. She also helped organize local Christian Science youth summits. After witnessing healings from students and colleagues who asked her to pray for them, she felt that there is no higher profession than dedicating her life to helping others through metaphysical scientific prayer. So she sold her school and became a Christian Science practitioner in 1998 and a Christian Science teacher in 2009.

When she moved to Boston to work at the Christian Science Publishing Society, Leide stepped right into the volunteer program at the local jail, serving as a Spanish speaking chaplain and reader at Sunday services for eight years. She witnessed several beautiful healings among the over 500 inmates that she visited individually throughout those years.

Leide worked for 14 years at the Publishing Society, the last six as Managing Editor of The Herald of Christian Science, published regularly in 14 languages. Besides writing and editing, she also participated in radio and TV programs. She worked at the Committee on Publication office and is now serving as Reading Room Ambassador for the Church Activities department at The Mother Church.

Leide loves to travel and is always eager to learn about the history, culture and language of other countries. She has visited over 40 countries and lived in five.

Currently Leide lives in Quincy, Massachusetts, and goes to Brazil to teach and visit family.

Watch a video clip of one of Leide's previous lectures.