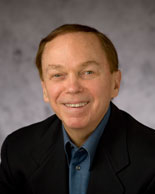 In the seventh grade, after seeing the movie “Joan of Arc”, I asked God to give my life an exalted purpose like Joan of Arc’s.  Soon, I had a growing desire to be a Christian Science practitioner.

As a junior in college, I thoughtfully read Science and Health from cover to cover.  Struck by the many times Mrs. Eddy mentioned that metaphysics is above physics, I knew that my major--physics--would not be my life work, but metaphysics would.

While an Air Force officer, I looked up all the citations in the Bible and Mrs. Eddy’s writings on “joy” and “trust,” writing down the citations that meant the most to me.  Then, seven days a week, I systematically pondered one of those citations until I felt I included each idea.  As a GS-11 in Civil Service, working as a computer systems analyst on large-scale computers, I took the same approach in studying “guidance,” “direction,” and “control.” As a result, two and a half years later, I was asked to apply (and was hired) for a job as a Regional Assistant in the College Organization Division of The Mother Church, giving inspirational talks to students throughout the United States and Canada for five years.

When offered a significant promotion, I resigned my position to devote my full attention to healing.  Feeling I could also heal by teaching (see Mis 358:4-6; Man 92:3-11) I applied for Normal class and was accepted in 1985.  My wife, Judy, is an invaluable support.