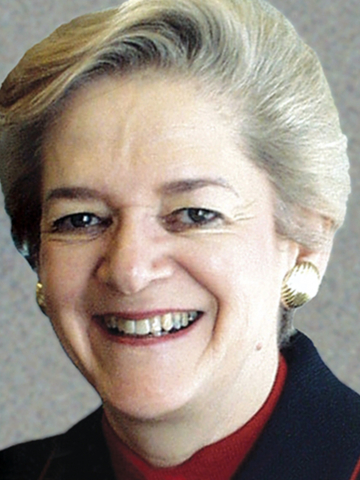 Early in my life, I thought my first love was the study of languages. One of my fondest memories as a child is that of my dad and his fellow church members as they worked on translating Christian Science materials into Portuguese. He had been healed in Christian Science in his childhood, and I learned early on about the wonderful possibility of healing through the Science of Christ.

His study, practice and love of this Science greatly influenced my formative years.  Like him, I was impelled by a deep desire to help mankind. This led me to graduate in sociology and politics at the University of Sao Paulo, Brazil. However, after graduating I realized that the spiritual fact about man was a lot more important to me than sociological research.  My first love now was much clearer – Christian Science. I began work for The Mother Church as a Portuguese translator for the Christian Science Publishing Society

My husband was a Christian Science lecturer and teacher, and I traveled with him throughout the world. I became a Christian Science Journal-listed practitioner in 1988, and later became managing editor of the Portuguese Herald. I was made Managing Editor of all the Heralds of Christian Science for a few years. I was appointed to the Board of Lectureship in 1999, where I am still serving as a lecturer. I have been a teacher since 2000.  In 2005, I served as President of The Mother Church.