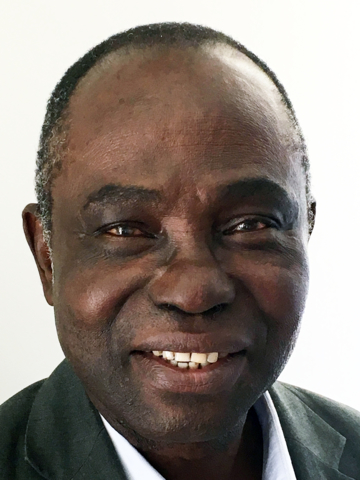 I was the first of six children of my parents, who were originally of African traditional religion before converting to Christianity long after my birth. I grew up а Roman Catholic having been baptized into it.

Dissatisfied and uninspired by what I was being taught about God, I began а long search for the true God. I went through many Christian denominations within а period of 14 years before embracing Christian Science in 1978.

In 1977, I was а lay preacher with the Scripture Union of Nigeria. A Christian Scientist offered me Science and Health with Key to the Scriptures by Mary Baker Eddy, which I read and became interested in. I attended а Christian Science lecture in my city in early 1978. The insight gained about the true nature of God, man and creation was overwhelming. Later in the year, this resulted in my dramatic healing without drugs of а case of ruptured appendix. Since then Christian Science has remained to me the "pearl of great price".

Since my healing, I found that, to share this great message of love with mankind is the best way to serve God and humanity. I entered the public practice in 2006. When I became а Christian Science practitioner, I found there was а great need for more workers in the field to help reach humanity with the healing message of the Christ. This informed my decision to seek being а teacher.

I went through the Normal class of 2009.